An Afternoon of Italian Opera 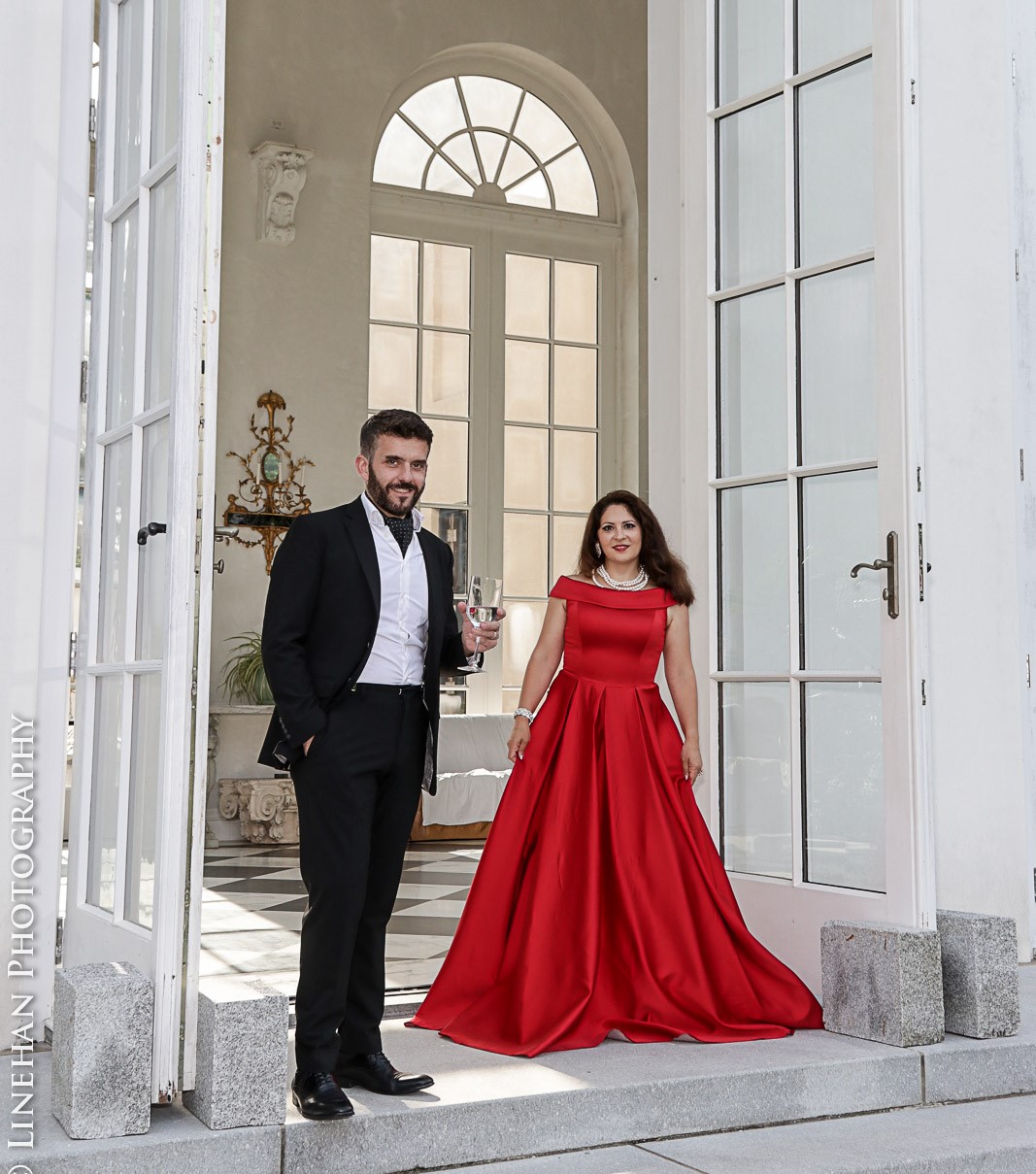 Join us for an afternoon of Italian Opera and art song benefiting the Worcester Organ!

This program, which includes a full Italian program of opera and some song, will feature the distinguished voices of Ukrainian soprano, Olga Lisovskaya, Neapolitan tenor, Giovanni Formisano, and Leonardo Ciampa at the piano. Enjoy the program selection including excerpts from Madame Butterfly, La Traviata, and many other songs and arias.

Leonardo Ciampa, composer, organist, pianist
Mechanics Hall Composer-in-Residence
Leonardo Ciampa was born in Boston in 1971. Mr. Ciampa is an Italian-American composer, organist, and pianist of international repute. He has performed his compositions at cathedrals in Vienna, New York City, Boston, Altenberg, Brandenberg, Tortona and Biella, and at basilicas in Rome, Turin, Loreto, Rieti and Gubbio (where Ciampa holds the title of Maestro di Cappella Onorario). He currently lives in Worcester, where he serves as Director of Music at Emanuel Lutheran Church.

Mr. Ciampa is one of the “veteran Hook organists” according to Gagne. Ciampa’s love and respect for the Worcester Organ has roots in his experience from ages 18 to 30 playing an 1859 E. & G.G. Hook at the First Baptist Church in Jamaica Plain. The Jamaica Plain organ was later destroyed by fire in 2005. “That organ molded me during those formative years.” Said Ciampa. “I never got over its loss. But now, twenty years later, I have another chance to create music on one of the Hook brothers’ grandest instruments. It is one of the greatest honors of my life.”   http://leonardociampa.com/

Giovanni Formisano, tenor
“A native of Torre del Greco (Naples, Italy), Giovanni Formisano has been called, “an Italian tenor in the grand tradition.” He has received high praise for his interpretations of the Italian lyric tenor repertoire, with a special affinity for the classic songs from his native Naples. Winner of the “Talents of the World” voice competition in Boston and recipient of the Emerging Artist Award from the St. Botolph Club Foundation, Mr. Formisano was featured in a tribute concert in honor of the legendary baritone Dimitri Hvorostovsky at Carnegie Hall, alongside renowned mezzo-soprano Nino Surguladze and many others.

His operatic and concert appearance include the tenor solo in Beethoven’s Ninth Symphony with the Cambridge Symphony Orchestra, Don José in Carmen with the Commonwealth Lyric Theater, the tenor solo in Verdi’s Requiem with the Paul Madore Chorale and Salem orchestra in Salem MA, Alfredo in La Traviata with Opera Providence, The Young Gypsy in Rachmaninoff’s Aleko with the Commonwealth Lyric Theater, Camille in The Merry Widow with Opera Providence, and Rodolfo in La bohème with Boston Opera Collaborative. Mr. Formisano’s past roles include the tenor solo in Beethoven’s Ninth Symphony at Amherst College, Nemorino in L’elisir d’amore with Center City Opera Theatre in Philadelphia and Opera del West, Arturo in Lucia di Lamermoor with Commonwealth Opera, Cavaradossi in Tosca with the Lowell House Opera, Pong in Turandot with the Connecticut Grand Opera and Lowell House Opera, Spoletta in Tosca with the Cape Cod Opera and the Ruggero in La rondine at the Longy School of Music. http://giovanniformisanotenor.com/

Olga Lisovskaya, soprano
Olga Lisovskaya is a critically-acclaimed singer, voice teacher and  director of Talents of the World, an international concert organization, as well as Executive Director at Commonwealth Lyric Theater, an award-winning opera company. Ms. Lisovskaya performs regularly at some  of the most prestigious concert halls in the world.  Her most recent  performance was at Carnegie Hall, featuring distinguished colleagues of  the legendary Dmitri Hvorostovsky and received glowing reviews in the press.  Olga Lisovskaya combines her busy performing career with  teaching, because teaching is her passion. Olga’s teaching experience, combined with constant perfection of vocal technique with master teachers and colleagues from LaScala, Metropolitan Opera and Bolshoi Theater, offers a rich and profound knowledge to her students. Having  worked with singers of all ages and levels, Ms. Lisovskaya has  individual approach to her students. She teaches wide range of  repertoire – from opera, operetta, oratorio, classical songs, to Broadway, musical theater, and pop. The main focus of her lessons is the technique: breath support and breath/tone coordination, clarity of intonation and diction, flexibility in the sound, focused resonance, etc. She also helps with interpretation. Olga’s students have gone on  to win competitions, were admitted to conservatories, hired by opera  companies. Some of her students receive opportunities to participate in productions and concerts with Talents of the World and Commonwealth  Lyric Theater.  OlgaLisovskaya.com
About The Worcester Organ
The Hook Organ, installed in 1864, dominates the Great Hall. American organ builders Elias and George Hook, brothers from Boston, constructed the 52-stop, 3,504-pipe instrument, which is often referred to as the “Worcester Organ.” Today, the Hook organ is the oldest unaltered four-keyboard pipe organ in the Western Hemisphere located at its installation site.

Restored in 1982, the Hook Organ since then has become one of the most popular and respected organs in the United States. It has been featured numerous times on National Public Radio, performed in several recordings, and has been featured on television and in a major motion picture, as well as in a music video starring Michael Crawford, the original “Phantom of the Opera.”

To see all the events in the Worcester area from our trusted partners, click here.

Check out the events supplies and services available to you here.

Sign up for our newsletter and we’ll send you a monthly digest of Downtown happenings, inside information, and special offers that will help you keep tabs on everything that’s to love in Downtown Worcester.